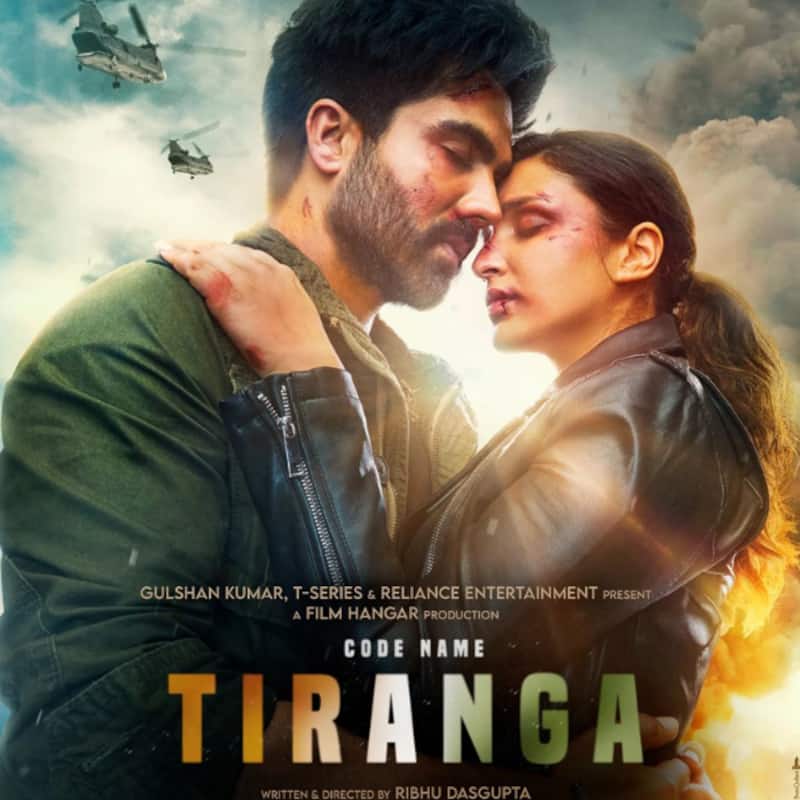 Code Name: Tiranga:- Bollywood actress Parineeti Chopra (Parineeti Chopra) The next film of ‘Code Name: Tiranga’ is set to release in theaters soon. The poster of this film has recently been shared by the actress on her social media. This post of the actress is becoming very viral on social media. Punjabi Singer Hardy Sandhu with Parineeti Chopra in this movie ( Harrdy Sandhu) Will be seen Hardy Sandhu has appeared in the film 83 with Ranveer Singh before this film, but this will be his first film as a lead actor. The poster of the film is being liked by all.

The story of the film will be something like this

Code Name: Tricolor is the story of a detective on a steadfast and fearless mission for his country in the race against time, where sacrifice is his only choice. In this film, Parineeti Chopra is playing the role of a RAW agent, while Hardy Sandhu, who is a very famous singer, is going to surprise the audience with his acting. Along with Parineeti Chopra and Hardy Sandhu, the film will also feature veteran actors like Sharad Kelkar, Rajit Kapoor, Dibyendu Bhattacharya, Shishir Sharma, Sabyasachi Chakraborty and Disha Mariwala. The film will be released in theaters on October 14. Ribhu Dasgupta is directing this film. It is a spy action thriller film.

Fans are very fond of Parineeti Chopra’s look in the film’s poster. Fans are commenting fiercely on this post. A fan wrote on the post that ‘Another Bollywood flop film is coming’. The audience is very eager for this film. It will be very interesting to see the pairing of Hardy and Parineeti Chopra in the film. Talking about the film career of the actress, she made her Bollywood debut with the film Ladies Vs Ricky Bahl. After this, she has appeared in many films like Ishaqzaade, Hasee Toh Phasee, Meri Pyaari Bindu, Shuddh Desi Romance. Now soon she will be seen in the film Code Name: Tiranga, and Capsule.

Falguni Pathak’s anger erupted on Neha Kakkar, said- I would have been sad if I had known earlier…

Jacqueline is harassing Fernandes for fear of being arrested in the Sukesh case, will do this work before appearing in court

Shah Rukh Khan shared a shirtless photo, waiting for ‘Pathan’, this is the condition of King Khan